This is final arcade game addition for the week (unless I find a great one for the weekend, or someone sends me a gem) as I am going to concentrate on adding to a couple other blog series I have going on Flex game programming tomorrow and through the weekend. Last, but absolutely not least is K. Thor Jensen’s unique vector retro blaster called Tidal. Tidal is a unique mix of old school game play mixed with a little strategy.  This game is the second in Thor’s series in a an attempt to make a game a month for the entire year.  He certainly is off to a great start. 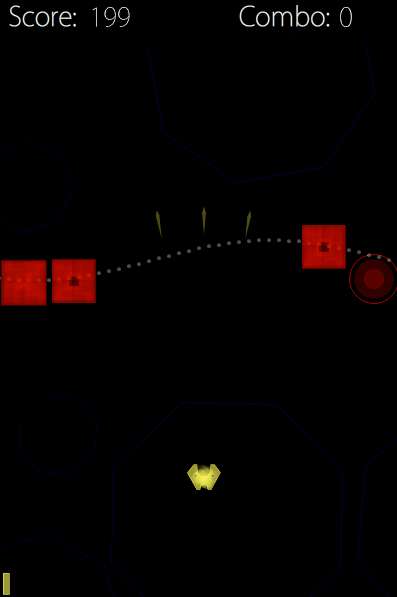 In the Author’s words:
Can you survive one hundred waves of enemies in this stylish abstract shooter? Select from three ships and blast back a never-ending siege of deadly geometric foes.

This is game #2 in my personal challenge
to design and release 12 games in
2009. The next game will be released
in March.
-By K. Thor Jensen http://www.shortandhappy.com/games/tidal/

Instructions
Controls: Move with the
mouse and fire with the mouse
button. Don’t touch enemies or
bullets. Every five waves, a bomb
will appear – shoot it to destroy
beached enemies. Shooting beached
enemies will break your combo.
There are 100 waves and 9 types of
enemy. Wild Mode is a more difficult
randomized game.

8bitrocket take:
First off, Tidal is a BLAST to play! It’s a little like a flat 2d version of Tempest crossed with Galaxian. I enjoy the choice of ships and the unique game play associated with the various combos and anti combos and game modes. These elements turn what is a fun, simple looking retro styled shooter in to a much deeper game with re-playability.

One last thing, the music at the beginning sounds a little like that “We used to be friends” song by the Dandy Warhols that began each Veronica Mars episode and was was in the first season of the O.C. – yes, I am a TV geek also (my wife is proud).