Updated! GamesChart (Game Jacket Guys Get Back Into The System?) – Barry White Responds

GamesChart (Game Jacket Guys Get Back Into The System?)

Barry White left a message below with some very detailed information on GamesChart.

“I do just want to point out that we are in very
early Developer Beta, so there”s lots of things that haven”t been
added yet and we”ve still got to include more category charts on the
API and also launch the Publisher Beta. That”s the main reason why all
the games are being directed back to GamesChart.com ..not because it”s
a pyramid scheme. In fact, if all goes to plan – I would be over the
moon if none of the games ever linked back to the main site :P”

While reading the Mochi forums this morning I came across a thread on GamesChart. This is an API that allows games to be tracked in a sort of old-skool Billboard or SoundScan style. Games with the GamesChart API will have play data passed back to the Games Chart servers. Data will be collected and distributed back to anyone who implements the GamesChart API to display the current chart of top games in their own games. When you display the Game Chart in your game, you earn money from click-through’s to other games. Since this is not an ad-based model it does not preclude other ad services such as Mochi, but some sponsorship deals would probably prohibit these links out. 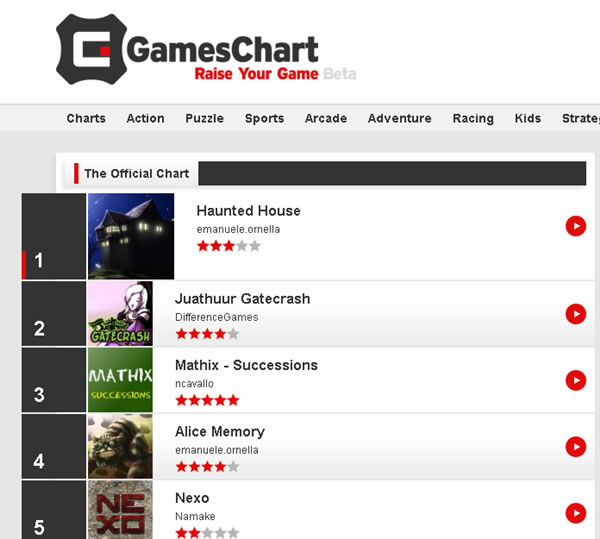 I see that the site is broken up by game genre. It would be very cool if we could list the top Retro games for instance on our own games (or even on our site). I would love to keep a top ten list of retro-style and other games types updated all the time here at 8bitrocket.com. We are going to test it our and see what sticks. I mention Game Jacket because it seems that Barry White (of Game Jacket Fame) might have something to do with this site. 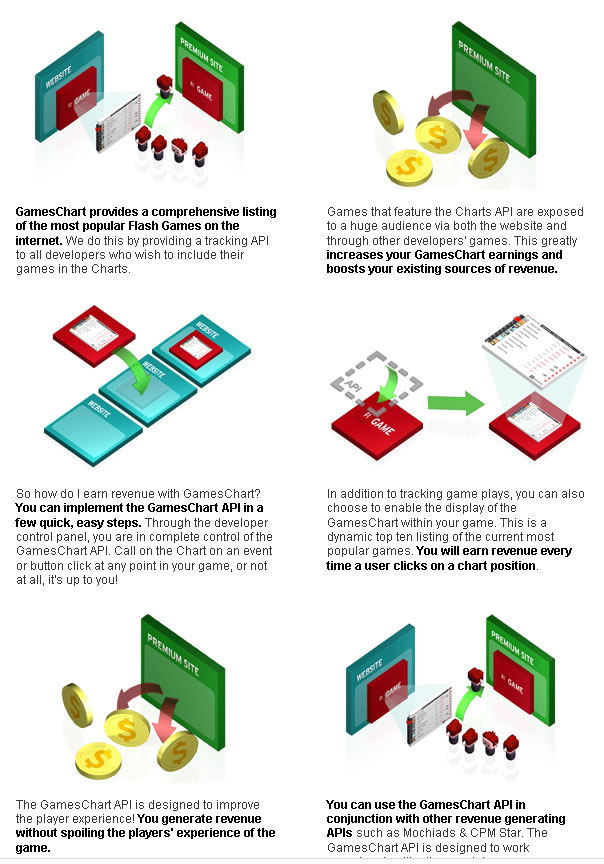 It might be a pretty good service. We are going to test it with the a couple of the new games we have planned over the coming weeks.