I don’t write too many coming soon articles on PC games, but there is one game that is so good, and the wait has been so long, that I just can’t contain my excitement. What game? You ask? Well, the title of this article says is all. New Star Soccer 4 from New Star Games is set to be released this Friday. It will be the first computer game I have purchased since Alien Shooter 2 last December (although I have purchased many Wii and PS2 games in that time span). Playing web games and working on my own has taken up much of my game playing time, but come this Friday, all will change. New Star Soccer 4 will first be released for Windows and will shortly be followed by a full Mac OS X release (another reason why author Simon Read is way ahead of most of the rest of the industry). I don’t even own a full blown XP machine anymore, so I will be trying the demo release on my iMac in Parallels before the OS X release is even ready. If that doesn’t work, I’ll drag the file over to the lone PC box in the house (I just use it to store old files now), dust off a GamePad and give it a run through.

Let’s not get ahead of ourselves, as I have not played one second of New Star Soccer 4 (NSS4) yet, so I have no idea what it will actually be like (check out the YouTube videos below for some hint). So, what I will do is describe to what made New Star Soccer 3 (NSS3) so great. NSS3 was like Anco Kickoff Player Manager + Sensible World of Soccer + Fifa + Ultima IV. You started off the game as a young footballer who must train in multiple skill games (passing, tackling, heading, shooting, set pieces, plus general game awareness like vision, aggressiveness, flair, positioning, etc) just to get a tryout with a lower division team. Once on the bench, you would need to train extra hard just to get in as a sub and then progress from there. It was a sports role playing game in the best sense of both words. All matches were played in real-time with minimalist but effective graphics and animations. The game play was the drawing point. Simon had some how mastered the greatest combination of on-field control, mixed with incredible team AI and sheer playability ever put into a sports game. From minute one I was hooked and gladly paid my $20 for the full blown game experience. The player names, team names and logos, and leagues were all generic, but independent 3rd party packs were available for download in the community to update everything team logos and names. This was August of 2006 and at that time NSS4 was being discussed as a late 2007 release.

I started my NSS3 footballer career as a 17 year old Los Angeles Galaxy midfielder. I scored a handful of goals the first campaign, but as I trained more, the goals and assists started flowing in season two. With those came sponsorship offers, girlfriends, drinking binges with teammates, gambling sessions, and lifestyle purchases from a list of items that would have made the original Wheel Of Fortune pale in comparison . Soon I was playing for clubs in Germany, England, Spain, and I was even able to guide the USA to a win in the World cup. I did all of this from a simple, yet beautiful interface that Simon had cooked up for between match training and life options. I even used too many enhancing drugs one time, needed to go to rehab and was dropped by boot sponsor. Soon, though, I was out, playing in Madrid and winning Footballer of the year. To top it all off, there was a full blown relationship engine built in that affected moral of you and your teammates. You needed to keep your family and friends happy, as well as your team. Shoot too much when teammates are open in front of goal, and run the risk of not getting any more passes from them. Stay out late with your girlfriend and run the risk of the manager benching you for a match. I played that original campaign for close to 300 hours before finally hanging up my career and starting over at a higher difficulty. The last game that I spent so many hours on was Phantasie I for the Atari ST back when Steve and I spent an entire two week period in the summer doing nothing but playing that grind it out role-player.

Here are some screen shots from New Star Soccer 3. These images all come from http://www.newstargames.com 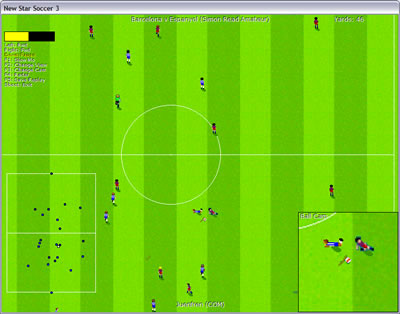 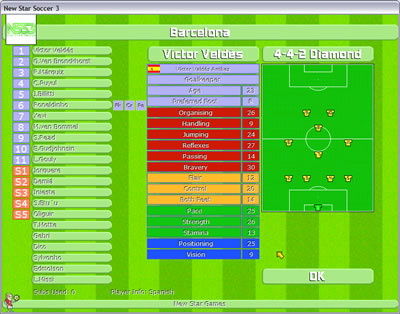 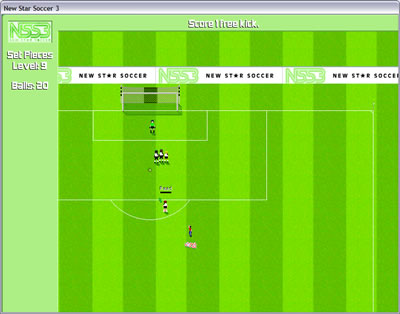 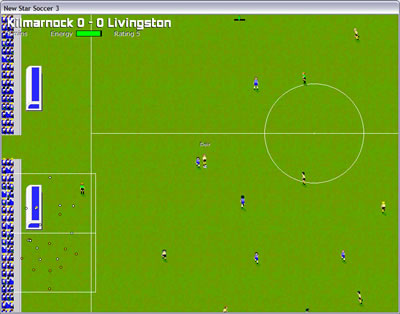 What’s in store for NSS4.

New Star Soccer 4 has everything in NSS3 plus many added enhancements. None is more breathtaking than the new Blitz Basic 3d Match engine. Gone are any excuses that you might have about being embarrassed to have your kids watch you play with those little toy men on the screen. You now have a full blown 3d version of one of the most engrossing computer game experiences ever. Simon has included 90 world leagues and over 30,000 players. As well he has included a set of 50 achievements for you to tackle (sic) such as Young Footballer of the year, Golden Boot, and of course Footballer of the year. There is now horse racing (and ownership) as a way to spend your time and money away from the pitch, as well a a full blown casino for you to blow some cash in. I will have a full review of the game after I play through a whole campaign, but for now, check out these pics directly from http://www.newstargames.com: 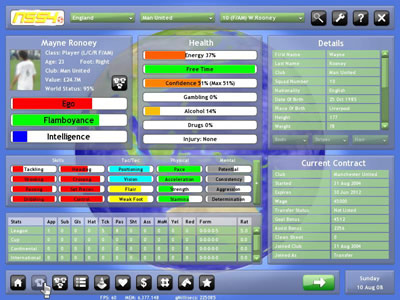 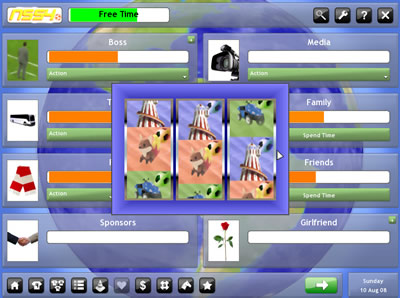 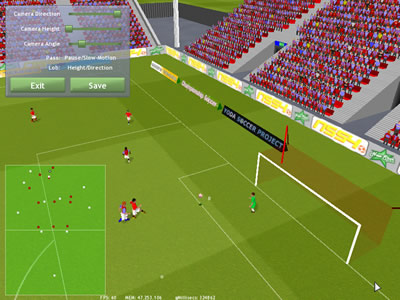 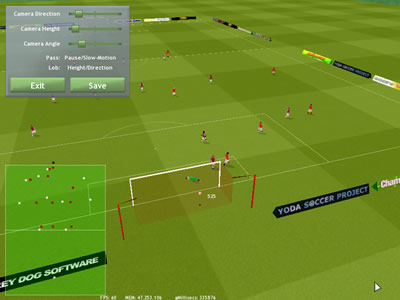 Supposedly, NSS4 will be released this Friday (Nov 7). You can find out more by visiting the game page on newstargames.com.

Check out the NSS4 channel on youtube, for some amazing game action. It’s simply impossible that this entire game was made by one person, but it was.